I dislike iTunes, I have made that clear on past occasions so when I ran into this little gem I decided to try it out. It doesn’t replace iTunes, it’s just an audio player but it’s a very nice audio player for both the iPad and iPhone which means you don’t have to use the iTunes interface. There are others out there as well but none as nice as this that I have seen.

I have a 1st generation Apple TV which is now going on 7 years old but it’s the best one Apple made in my view. The interface is clunky and slow by todays standards, actually it was back when it was released as well. So using this app and airplay to my surround system was a joy plus the app is easy on the eyes. The best part of it, it’s free!

If you’re not familiar with the McIntosh name they make home audio gear where if you ask the price you can’t afford it. It’s not unusual for much of their gear to go up in value over the years. I don’t own any McIntosh gear, probably never will but this app gives me a little taste of those beautiful meters bouncing in rhythm to music on my system. A guy can pretend right?

All you have to do is download the app on either your iPad or iPhone. For more information about the app check out the McIntosh or Apple links. There is a video of the app in use on an iPad below, check it out! If you happen to end up buying a piece of McIntosh gear let me know in the comments section, it’s always good to know when somebody gets influenced a little bit by something they read. 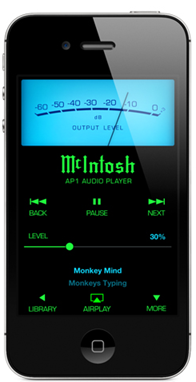 Video of the iPad AP1 app in use. 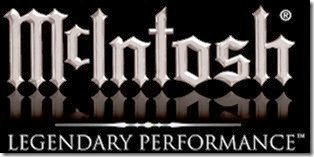 While driving to work this morning the sunrise looked fantastic. I used my watch to take these pictures, it doesn’t capture all of the color depth but they look pretty cool I think.

Looks like sunrise from a planet with multiple suns! 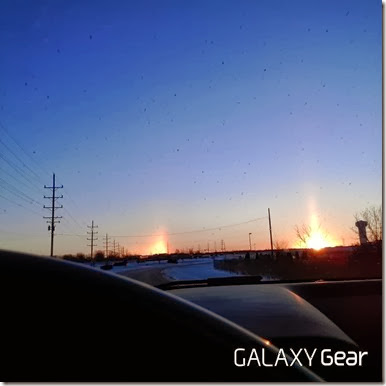 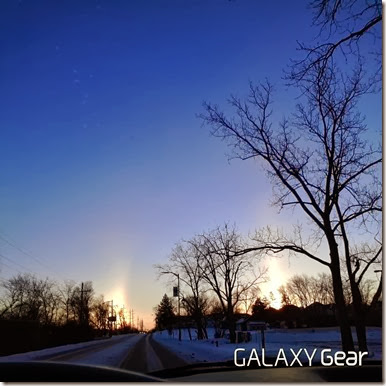 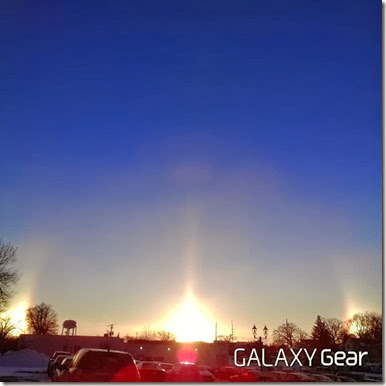 The Snow Can Stop Now

I had to clear the ice that built up the past few days and the newly fallen snow today. I came inside and 2 hours later there is another 3 to 4 inches that has fallen to replace it…. and it’s snowing harder and harder… aaugh!

I didn’t take pictures, my right arm is numb from breaking up all that ice, the driveway and sidewalk looked perfect for 2 hours this weekend. aaugh! 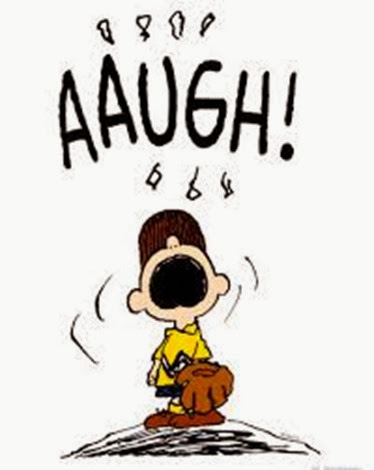 This shut down Austin Texas this week. 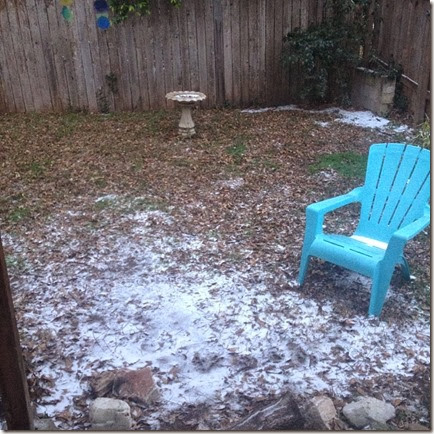 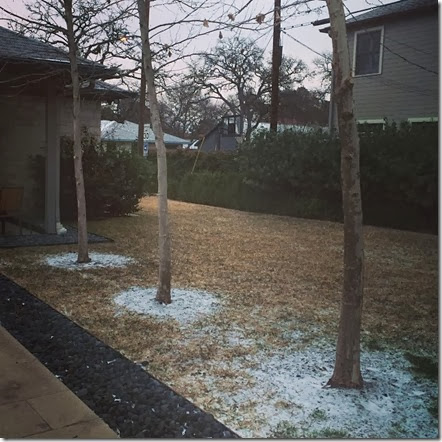 South Elgin, Illinois snow storm that shut us down in 2011 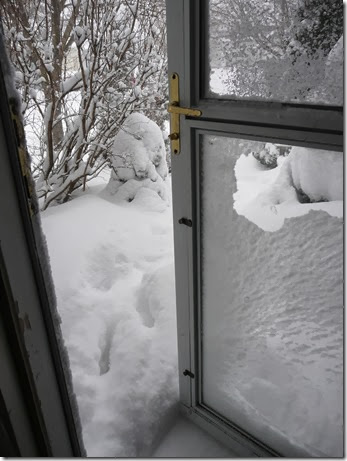 That snow I haven’t gotten to yet is 3 feet deep. 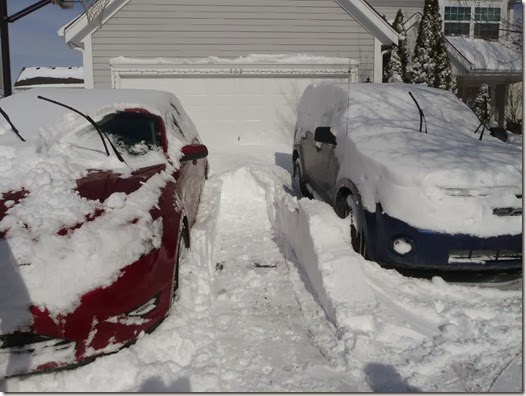 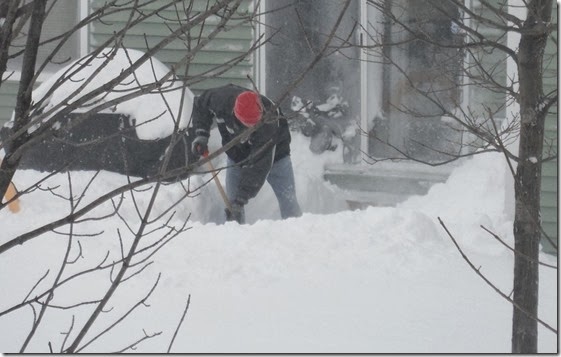 Before anybody gets mad, I’m just having some fun, I know they aren’t used to getting snow.

You Know It’s Cold When

I bundle up! It was –25 with the wind-chill this morning, believe it or not, when I bundle up like this I am actually very very warm while walking. Until the 30mph winds hit me, then it gets a bit chilly. 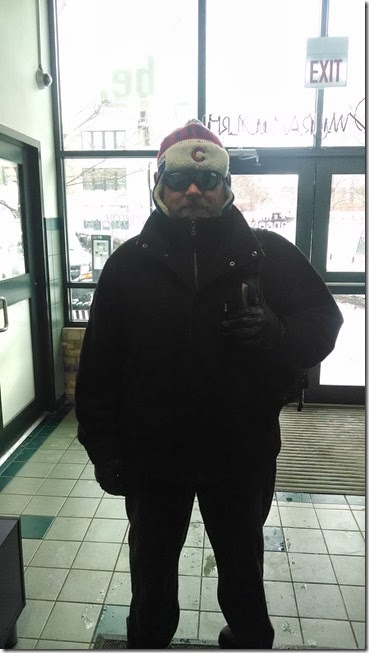 I know what we do can’t really be called roughing it but look at this, holy crow! Sweet ‘eh? I’ve seen some of YOUR locations and some could stack up to this. 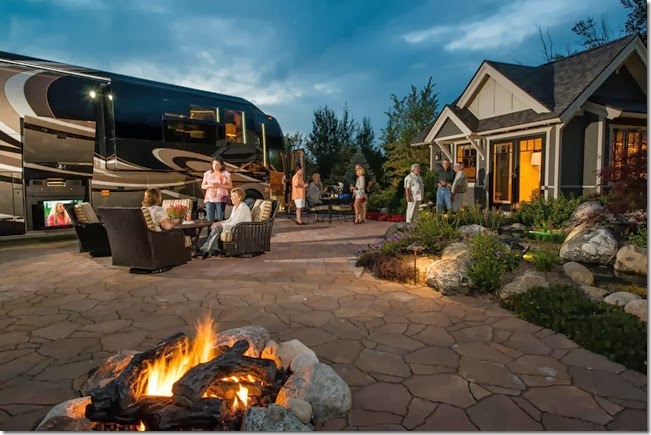 Check this out, if it posts correctly that is, if not, here is a link.

* Under full throttle, a dragster engine consumes 11.2 gallons of nitro methane per second; a fully loaded 747 consumes jet fuel at the same rate with 25% less energy being produced.

* With 3000 CFM of air being rammed in by the supercharger on overdrive, the fuel mixture is compressed into a near-solid form before ignition.

Cylinders run on the verge of hydraulic lock at full throttle.

* Dual magnetos supply 44 amps to each spark plug. This is the output of an arc welder in each cylinder.

* Spark plug electrodes are totally consumed during a pass. After 1/2 way, the engine is dieseling from compression plus the glow of exhaust valves at 1400 degrees F. The engine can only be shut down by cutting the fuel flow.

* If spark momentarily fails early in the run, unburned nitro builds up in the affected cylinders and then explodes with sufficient force to blow cylinder heads off the block in pieces or split the block in half.

* Dragsters reach over 300 MPH before you have completed reading this sentence.

* In order to exceed 300 MPH in 4.5 seconds, dragsters must accelerate an average of over 4 G's. In order to reach 200 MPH well before half-track, the launch acceleration approaches 8 G's.

* Including the burnout, the engine must only survive 900 revolutions under load.

* THE BOTTOM LINE: Assuming all the equipment is paid off, the crew worked for free, & for once, NOTHING BLOWS UP, each run costs an estimated $1,000 per second.

Putting this all into perspective:

You are driving the average $140,000 Lingenfelter twin-turbo powered Corvette Z06 at 200 mph. Over a mile up the road, a Top Fuel dragster is staged & ready to launch down a quarter-mile strip as you pass. You have the advantage of a 200 mph flying start. You run the 'Vette hard up through the gears and blast across the starting line & pass the dragster at an honest 200 MPH. The 'tree' goes green for both of you at that moment. The dragster launches & starts after you. You keep your foot down hard, but you hear an incredibly brutal whine that sears your eardrums & within 3 seconds the dragster catches & passes you. He beats you to the finish line, a quarter-mile away from where you just passed him.

Think about it - from a standing start, the dragster had spotted you 200 MPH & not only caught, but nearly blasted you off the road when he passed you within a mere 1320 foot long race!

The bay around the island of Lovund Norway froze so fast a school of fish froze. They’re guessing a whale chased them into the bay but still, how can that much water freeze fish in motion like this?

I’d put a link but it’s all in Norwegian.. check out the pictures. 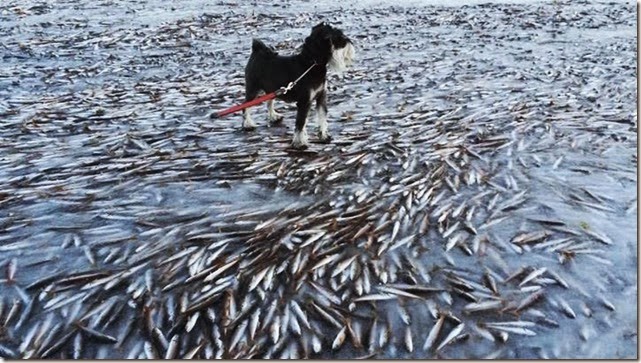 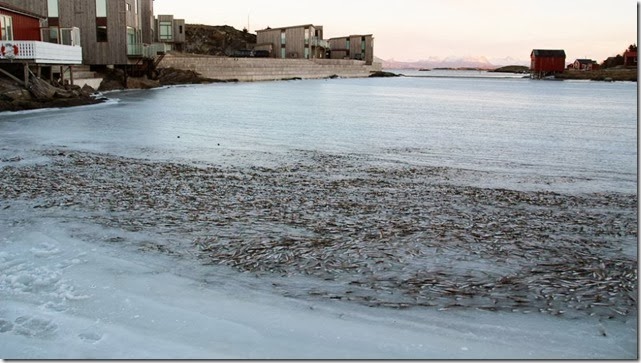 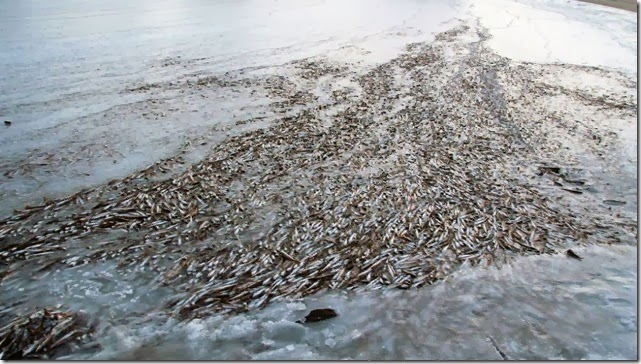 When A DVD Player Is Great At Movies…. But NOT At Music

A few years back when our Sony Blu-Ray player was driving us crazy because it was so slow to load I “upgraded” to the latest and greatest Samsung BD-D6700 3D-Blu-Ray player. Movies look and sound fantastic on it and since we have been so busy I never got a chance to listen to music through it. My reference Technics DVD-A10 was down for the count as well…

This past Sunday night I got the urge to listen to some music on our Home Theater system. The system consists of a high end components capable of sonic bliss and at reference levels sounds and feels like you’re at the concert but like any system the weakest link can make it all sound like crap. For instance, music off of iTunes's, even at the highest bit rate, Pandora at it’s highest rate, pretty much sounds as one would expect on a system like this although at times a song will surprise you. Nora Jones does very well from iTunes and Pandora.

So I figured I’d try out my DVD-A, SACD and DTS disks that haven’t been touched in 4 or 5 years and see how they do. I put in the Eagles “Hotel California” Hell Freezes Over (DTS version), went to sit down and listen and it starts and immediately sounds flat… seriously flat. If you have ever heard this disk when they hit the drum track it hits with authority, it sounded so dull. I changed it over to multi-channel music which helped a lot but still not impressed.

I tried Queen and a bunch of others… then went and got my Technics DVD-A player and tried it with that and wow, what a difference, when it would work anywho. Nuts..I realize if you’re going to listen to audiophile quality recordings you better bring a-game equipment or you’ll be gravely disappointed. I can’t use the Technics DVD-A for everything unfortunately as it has problems with the mechanism, otherwise I’d just leave it plugged in and be happy with it.

(Technics DVD-A10 picture from Google, I can’t find my picture)

So that leaves me not listening to music for a while on this system, this way anyway. Buying a player that can play music as good as the Technics DVD-A10 is too expensive to repair and way out of my league to replace these days.. bummer… you’d think these new high quality Blu-Ray players would deliver the goods for music as well and some of them do, but I can’t afford them either.

I received an email asking why my RV blog lacks our RV in the header picture. When we bought the Fifth Wheel I decided to change the banner picture from the Endeavor to the Montana and then as the seasons changed as well. If the RV was at Blackhawk right now I would have a picture of it covered in snow but it’s at the dealer and I keep forgetting to take pictures of it while its there. 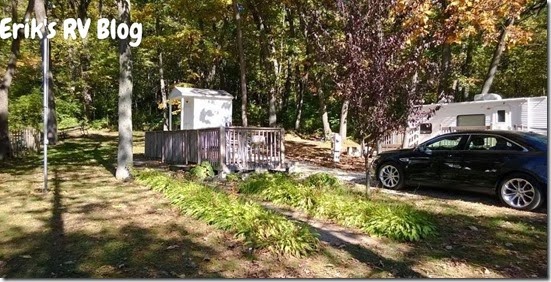 This is what the site banner looked like for the Halloween celebration.

This is what the site banner looked like during mid summer.

This is what the banner looked like up to July 5th before we bought the Montana. 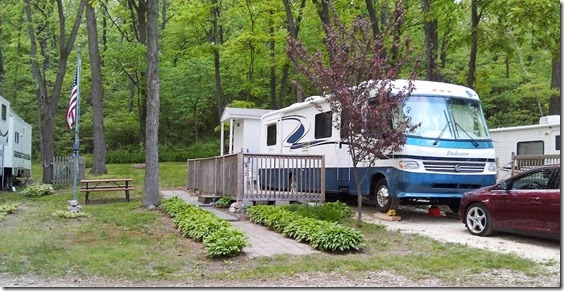 In the Spring I’ll be posting a banner picture of what it looks like then, which will be a mess I’m sure!

Have a great Sunday everybody!

Not much to update, we went up to square ourselves with the dealer and to see how the rig is holding up under this deep freeze we had. It looks good, hard to check things out with the slides in but we looked over all we could and it looks good, no mice remnants that I could see, hope it stays that way!

We then went inside the dealer and looked at the 2014 3725RL, it was nice but we liked our interior better. They had a new 3850 in stock which I think is Ronda’s dream floor plan with the living room up front. I liked it as well but I don’t think it’s worth the extra money and I’m very happy with our rig as it is. I love it in fact.

We had lunch with Ronda’s parents at a Chinese buffet restaurant and then watched Insidious and Insidious 2. They were excellent in fact for horror movies.

Have a great Sunday everybody!

My wife sent me an email called “Why cameras were invented” so some of you may have seen this yourselves from other people. If not, then enjoy as you scroll, get some tissues…