Memorial Video For My Mom

I created this video back in 2009 for my Mom’s memorial. I finally was able to get it small enough to upload.

Seriously, this is incredible!

People from both countries about to go for a very fast ride on the border. Trees are kept clear all along the border and make for one heck of a path to ride on! 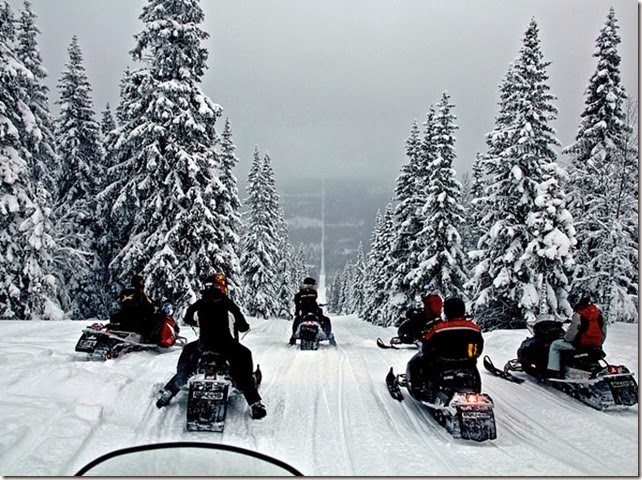 Winter Didn’t Get The Message

So, on Wednesday we woke up to this, the snow was almost gone but noooooo winter isn’t getting the message. This morning it was 5, oy vey. 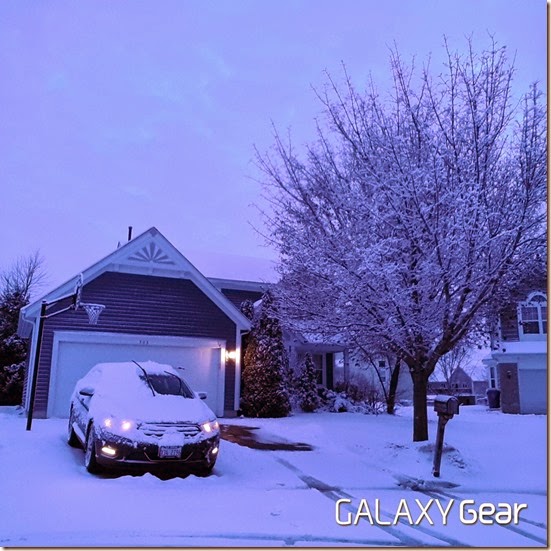 Once in awhile you read about somebody and you see they are much more than just a celebrity. This is a must read story about Robert Downey Jr.

From Dana Reinhardt at Tickld:

His name is Robert Downey Jr.

You’ve probably heard of him. You may or may not be a fan, but I am, and I was in the early 90’s when this story takes place.

It was at a garden party for the ACLU of Southern California. My stepmother was the executive director, which is why I was in attendance without having to pay the $150 fee. It’s not that I don’t support the ACLU, it’s that I was barely twenty and had no money to speak of.

I was escorting my grandmother. There isn’t enough room in this essay to explain to you everything she was, I would need volumes, so for the sake of brevity I will tell you that she was beautiful even in her eighties, vain as the day is long, and whip smart, though her particular sort of intelligence did not encompass recognizing young celebrities.

I pointed out Robert Downey Jr. to her when he arrived, in a gorgeous cream-colored linen suit, with Sarah Jessica Parker on his arm. My grandmother shrugged, far more interested in piling her paper plate with various unidentifiable cheeses cut into cubes. He wasn’t Carey Grant or Gregory Peck. What did she care?

The afternoon’s main honoree was Ron Kovic, whose story of his time in the Vietnam War that had left him confined to a wheelchair had recently been immortalized in the Oliver Stone film Born on the Fourth of July.

I mention the wheelchair because it played an unwitting role in what happened next.

We made our way to our folding chairs in the garden with our paper plates and cubed cheeses and we watched my stepmother give one of her eloquent speeches and a plea for donations, and there must have been a few other people who spoke but I can’t remember who, and then Ron Kovic took the podium, and he was mesmerizing, and when it was all over we stood up to leave, and my grandmother tripped.

We’d been sitting in the front row (nepotism has its privileges) and when she tripped she fell smack into the wheelchair ramp that provided Ron Kovic with access to the stage. I didn’t know that wheelchair ramps have sharp edges, but they do, at least this one did, and it sliced her shin right open.

The volume of blood was staggering.

Click HERE to read, the rest of the story.

The Swedish Flame, also known as a Canadian Candle, is a great way to set up a fire as it uses only one log, has a flat cooking surface and is self feeding, meaning it can burn for several hours without any attention. Cut the log into wedges, leaving about 6 inches at the base. Add a cap full of lamp oil or some tinder to the center. 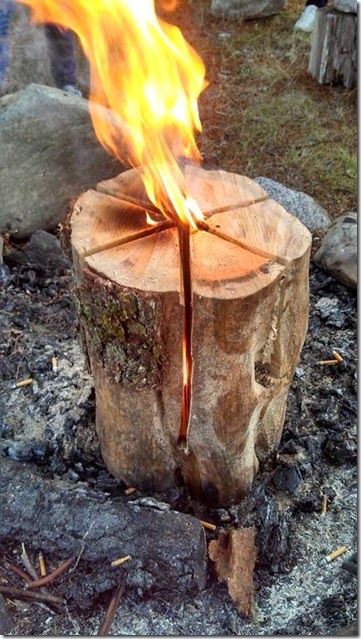 Bacon inside of pancakes…. it doesn’t get better than this. Bacon inside pancakes and then bacon on top… seriously… awesome!! 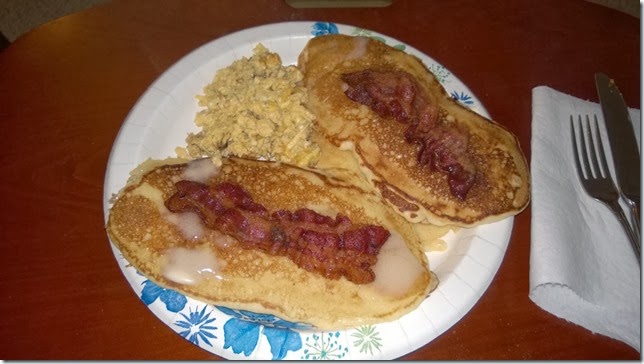